Followers of this blog will recognize I have very little positive to say regarding the whole concept of ‘political correctness’.  I maintain the practice stymies clear, concise communications and is largely used by the far left to attempt to camouflage some of their more onerous activities by couching them in less accurate terms.  At a time when we truly need accurate and concise communications more than ever I see ‘PC’ as a real danger.

With this said it has come to my attention some folks chose to believe that my denigrating the practice of being ‘PC’ also meant I favor the deconstruction of civility and basic human respect.  Nothing could be farther from the truth!  I profusely apologize for giving such an impression!!  Above all else I believe in the need for open, civil discourse and one cannot engage in such an activity without maintaining an air of respect for one’s supporters as well as the opposition.  In just being ‘civil’ there is no room for negative remarks based on any facet of race, religion, philosophy, gender, education or culture.  Such comments actually destroy the civility of any debate and generally point to an individual without a solid foundation in terms of comity and respect.  Given this I do not consider such language to fall under the auspices of ‘political correctness’; no, this is simple decorum and courtesy.

My issues with the ‘PC crowd’ center on the use of this maligned philosophy to twist facts and concepts by using inappropriate and/or inaccurate language often to conceal what is really involved or ongoing.  Let me offer up an example of one such situation:  the use of the term ‘entitlement’ to refer to ‘food stamps’, government assistance and similar programs.  These are NOT entitlements; rather, they are governmental handouts – good and needed or not – from taxes collected from the general populace.  True entitlements are things like Medicare or Social Security which involve the return of monies to those who have paid into the programs after meeting some standard.  The far left understood that ‘handouts’ or ‘welfare’ were terms that most tax payers did not embrace so they started using the term ‘entitlement’.  Now you tell me; is this clarifying to call a handout an entitlement?

There are a myriad of such examples around us and they all fall under the umbrella of ‘political correctness’ as far as this writer is concerned.  And the current administration has taken the bar to stratospheric altitudes in just seven years!  We can no longer refer to the ‘war on terror’ although those we were once ‘at war’ with certainly are still slaughtering us by the hundreds!  Our president will not even speak the term ‘Islamic jihad’ although the terrorists themselves regularly refer to themselves using the exact language.  How can we ever expect to defeat the Islamic terrorists if we cannot even call them what they are..?!?  One need only look at the state of our conflicts with the likes of Al Qaeda or ISIS to answer that question.

And then there’s the absolute lunacy of using ‘PC’ as the reason behind some recent incredibly ludicrous definitions.  In this sense I speak to some who think that saying someone is ‘short of stature’ is demeaning and instead would like to refer to them as ‘vertically challenged’.  Someone who commits felony after felony is not a criminal but rather ‘legally unskilled’?  And we should be calling illegal aliens ‘undocumented immigrants’??  Will someone please explain to me how calling illegal aliens ‘undocumented immigrants’ helps clarify their status?  I sure as heck do recognize most people will react less negatively towards the term ‘undocumented immigrant’ but isn’t ‘illegal alien’ more accurate (Hint: they are not legally in this country and they come from other countries)?  So what this form of ‘PC’ is really supposed to do, regarding the last example, is cloud the facts of the matter behind inaccurate words and terms in an attempt to make people doing illegal activities appear to be doing nothing illegal at all..?  And this is improving the clarity and succinct nature of human communication?

I have no patience with this kind of philosophy as it smacks of attempts to manipulate and even control people through rewriting terminology.  And this reminds me all too much of the ‘thought police’ and their ‘double-speak’ in George Orwell’s novel “1984”.  Of all countries one would think America would stand firm against such violations of our language but this has not been the case.  I will grant the PC crowd that maybe two to three decades back there might have been a need for a movement to clean up our discussions and become more sensitive to the rights and thoughts of others.  But in a characteristically ‘bad’ display of human nature a few zealots high-jacked what might have been a sound concept and distorted it, and especially amplified it, beyond recognition to utilize its inherent power.  So now I find myself pondering this question; ‘Should ‘political correctness’ run amok really be the basis for our person to person communications on this world?” 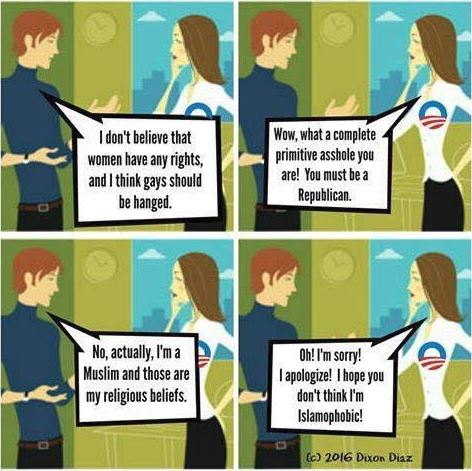