After a prolonged period of no creative inspiration I’m finally beginning to feel the desire to once again put some of my thoughts to the written medium.  With this said I do remain firmly in the grip of ‘mid-winter blah’s’ most likely fueled by yet another ‘winter that wasn’t’ here in south central Alaska and the fact I ran out of my Vitamin D 3 supplement two weeks back and the local store has yet to restock the product.  While I take a bariatric multi-vitamin on a daily basis I’ve found the Vitamin D 3 supplement during the winter months does improve my overall mindset and encourages a more positive outlook.  Regardless, I am already beginning to see the days lengthening and this produces a sense of ambivalence within my psyche as it signals the coming end to winter – my favorite month up here – but it also speaks to the approach of spring and another new start to the ‘dance of the seasons’.

I’ve been very busy of late as I now am the vice president on two local non-profit boards and I continue my fostering of larger and older rescue canines for the wonderful ‘AK Cat & Dog Rescue’.  In addition, come middle March I’ll be attending a CERTS (Community Emergency Response Team) training session for the local community with the ultimate outcome of establishing a CERTS presence in this immediate area.  This is something I’ve thought we needed since I relocated and I’m very pleased to see this effort finally taking form.  Just yesterday I was reflecting back on my life in general and my ‘Alaskan life’ in particular; while doing so it occurred to me just how much volunteering has become ingrained into my daily existence…

Although volunteering is now an integral part of my daily existence just nine years back this wasn’t the case.  I’d done some simple volunteering during the final five years of being ‘gainfully employed’ but working anywhere from 45 to 70 hours a week and being single left little time for such efforts.  It was only after retiring and regularly visiting my mother in an assisted living facility did I really begin to consider volunteering.  At that point I was still learning to deal with the freedom of retirement and knew I had plenty of time even though I was raising my blessed ‘little angel’ Anana (my 120 pound female Alaskan malamute) and learning just how much of a handful a Mal puppy could be!  I started my ‘serious’ volunteering at the Northville Sunrise Assisted Living facility where Mom was staying and within a short time found I really enjoyed the work and eventually was putting in 40 to 50 hours a month.  I soon learned I received so much more satisfaction and joy from this volunteering than I put into the actual efforts; it quickly began a true ‘win-win’ situation for the facility and me.  The delight I took in this work made me feel as though I was doing something truly important and I felt so much more satisfaction and pleasure from my volunteering than I received from all my paid employment across my previous 35 years.  To me, this spoke volumes as to the value I placed on volunteering.

When I relocated to semi-rural south central Alaska I had hoped to find similar volunteering opportunities with the elderly but as the nearest such facility was over 60 miles south this wasn’t to be so I sought out other volunteering options.  I became a volunteer newscaster/music show host at the local NPR outlet (KTNA) and continued this work for three years before parting ways due to philosophical differences exacerbated by a change in station management.  During those times I also began volunteering at the Upper Susitna Food Pantry (USFP) first as a ‘shopper’ and then as a board member.  I continued this for three years before stepping down.  Soon after I learned of an opportunity to join the Sunshine Community Health Clinic’s (SCHC) board so applied and was seated; last October I was elected to the vice president’s position.  I also learned of an opportunity with the Upper Susitna Senior’s Incorporated (USSI) so I again applied and was accepted in September of 2018.  On January 1, 2019 I became the vice president of this board as well.  During the late spring of 2018 my beloved Anana passed away and I was devastated but also recognized my German Shepherd Dog (Qanuk) was similarly impacted and he needed a pal.  I had earlier decided if I added any more canines to my life they would be rescues.  A good friend from SCHC was a foster for ‘AK Cat & Dog Rescue’ and convinced me to try fostering canines.  I picked up my first foster in July and continue to foster to this day.

For me, the essence of volunteering is giving one’s time, energy and talents to any worthy organization or effort in need of assistance.  This favors not for profit organizations as they tend to have the shoe-string budgets combined with large needs.  With this said my first taste of volunteering was with Sunrise Assisted Living which is a for profit corporation so I’ve seen both sides.  Once I began volunteering I realized I did have some usable skills which could benefit operations seeking help and I was more than happy to offer my services for free.  In hindsight I think I missed feeling I was a part of something beyond myself and volunteering, especially with organizations that truly valued and appreciated my efforts, made me feel I was helping a worthy cause.  To this writing I have always felt I get so much more out my volunteering than I put into it; it is this realization that makes it so easy for me to volunteer.

I also believe my urge to volunteer has some roots in my age related retrospection which has left me pondering the fact for 55 years it seems all I did was take and take without ever giving much back.  Sure, it was easy to rationalize my failure to undertake volunteering in my twenties, thirties and forties based upon working full time and excessive business travel.  However, regardless of the reason once I reached my middle fifties I couldn’t escape the fact I felt very self-centered and greedy for not giving back anything even though life had given me so much.  In this sense, volunteering has provided me with a ‘warm’ feeling knowing that I am now giving something back, be it ever so small, instead of continuing to just take.

Finally, I know part of my impetus to volunteer stems from my need for social activity even if said need is fairly minor compared to most people.  When I relocated to this area I knew no one and so had to start all over regarding building a social/support network; I knew this would be the case but I greatly under-estimated the amount of time and effort doing this would require.  All my volunteering efforts in the Talkeetna area have really helped me meet new folks and establish new relationships; this frames yet another reason why I find volunteering to be a true ‘win-win’ situation for me.  I find it most encouraging to recognize just how integral volunteering has become in my daily life.  Given all the benefits I feel from such efforts I couldn’t be happier with my discovery of the wonder of volunteering… 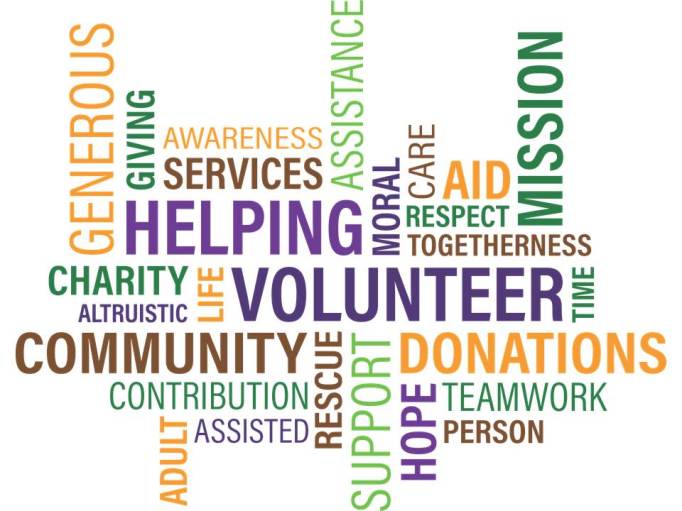