Of late you may have noticed a dearth of postings on my site; there is a reason for this and said dearth will continue into early September.  My sister and brother in law – Sal and Gene – are visiting Alaska for the first time.  They began their travels with a flight from Colorado Springs (CO) to Vancouver (BC) where they boarded a cruise which took them up the Inside Passage with stops at Ketchikan, Juneau, Skagway and Glacier Bay before reaching Seward where they disembarked and spent a day visiting the sites.  Then they took a bus to Anchorage, spent a day looking around and then boarded the Alaska Railroad and traveled up here.

Since they arrived the weather cleared up and has been warm and dry; I told them they were welcome any time and that Alaska was smiling on them!  Since arriving they’ve done the ‘Grand Tour’ on a K2 Aviation Beaver which flew them among the peaks and valleys of The Alaska Range as well as landing on a glacier.  We visited the Palmer-Wasilla area via the Hatcher Pass road, toured the National Tsunami Warning Center in Palmer (neat place and well worth the time), picked up great fish and meat at Mat Valley Meats in Palmer and shopped Fred Meyer before heading back to Talkeetna via the Parks Highway.  I’ve driven them around the area and they spent Saturday morning wandering the village.  Sunday they participated in my music show on KTNA; they gave their impressions of ‘The Great Land’ in general and of Talkeetna in particular in between music.  Both were fascinated by live radio and really got a kick out of seeing their ‘little brother’ make it happen.  They have walked ‘the Kidz’ multiple times each day and Sal is still trying to get a picture of the musher who takes her team up and down East Barge Drive on her ATV.  I’ve seen a bevy of moose but sadly Sal and Gene haven’t been with me but they did see a pair of moose in Hatcher Pass.  I also caught a brief glimpse of a grizzly at Mile 2.8 of the Spur but once again they were not in the Escape.

We finished baking six apple pies Sunday afternoon and gave one to my neighbor (Cathy); the remainder will go to Holly (my dear friend and realtor), the KTNA staff, the ‘ladies of the Talkeetna PO’ and another neighbor leaving one for us.  I still want to introduce them to more folks around town and get in a Mahay’s Jet Boar ride up the Susitna River.  Wednesday we drive to Anchorage to pick up a RV; we’ll return here to load it up and then head north to the Denali Highway.  As pets are not allowed in the rental RV Mark will live here in our absence and handle ‘the Kidz’.  We’ll be in Denali NP&P from Friday through Sunday and then most likely drive into the Kenai and visit Homer and the immediate area.  Then we turn in the RV the next Wednesday and we’ll have another four days here before they depart.

All told it has been a wonderful visit to this point and it there’s no reason to assume it will not continue to be great.  I am hoping they will get to see wildlife on Saturday when we take the bus in the Park to Wonder Lake.  At least they’ve already had a chance to see The Alaska Range in general and Denali, Mt Hunter and Mt Foraker in particular from Talkeetna so even if we don’t see ‘the Mountain’ in the Park it will be okay.  I’m also hoping for more moose views around here and in the Kenai and I remain hopeful they will get to see some grizzlies in the Park as well.

It has been a fantastic visit to this point so here’s hoping for more of the same!  I will be back to blogging on a more regular schedule come early September.  Here’s wishing everyone a great remainder of summer and a colorful upcoming fall..! 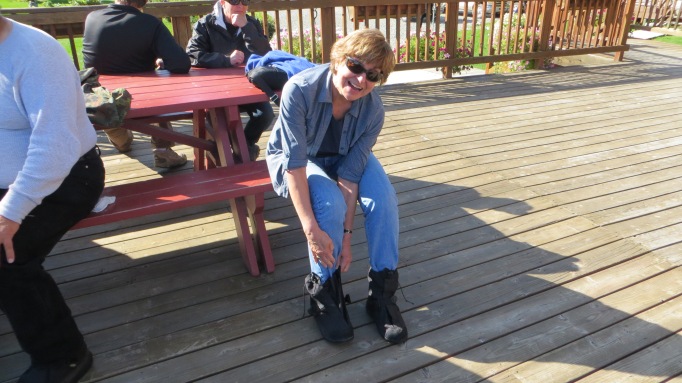 Sis Sal fitting glacier boots for walking on the glacier 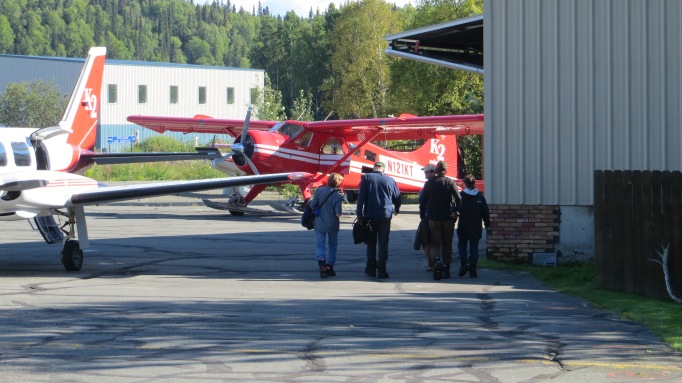 Heading to the Beaver! 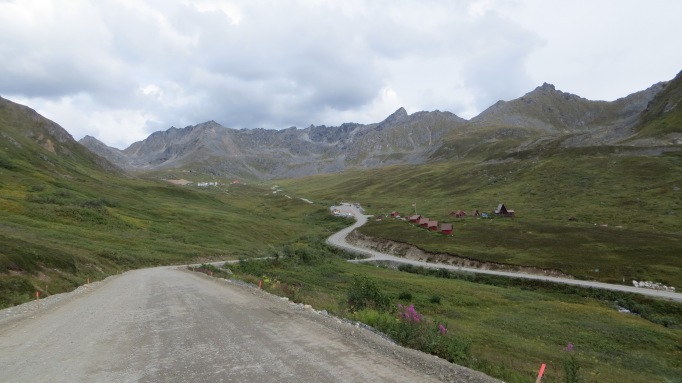 Hatcher Pass mine and vista! 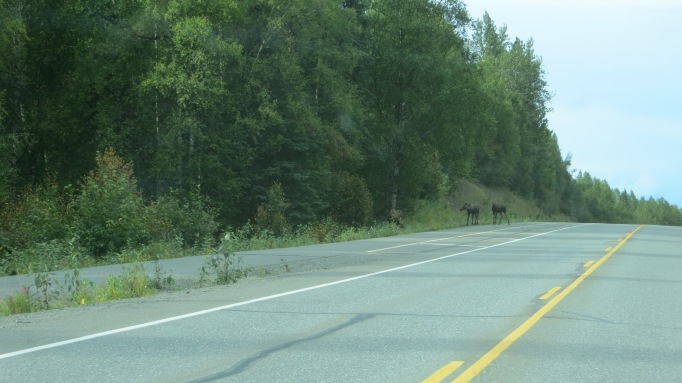 A cow moose and two yearling calves on the Spur 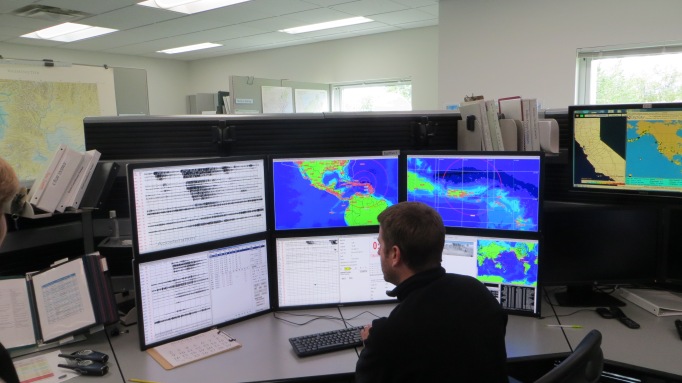