One of the events I cherish in my new home is viewing true ‘alpenglow’ up here in ‘The Last Frontier’ and to this point I’ve seen some marvelous examples of the effect. To those unsure true ‘alpenglow’ is caused when the sun is just below the horizon – this can occur just before sunrise or just after sunset – such that the more energetic (i.e. higher frequency) portion of the visible light segment of the electromagnetic spectrum isn’t bent enough by the earth’s atmosphere and radiates into space while the less energetic (i.e lower frequency) portion – in this case the reds – are bent just enough to strike taller objects like mountains.  The phenomena is always very short duration and requires a clear atmosphere.  There are other instances of a pink to red light striking mountains which technically do not meet the above definition but are also referred to to as ‘alpenglow’.  While I prefer the images of true alpenglow I have included a number of examples of both effects in the following pictures.  This effect is just one more demonstration of the incredible natural beauty that truly makes ‘The Great Land’ unique and so memorable! 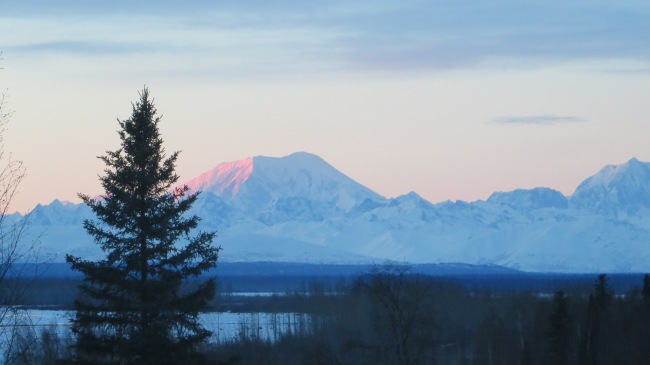 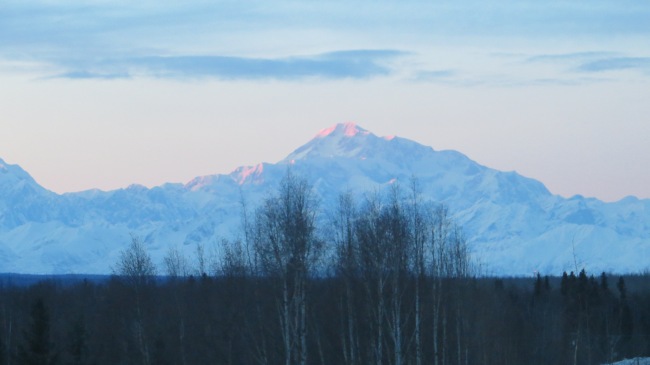